The Quest for Ancestral Faces

¨Removed from caves and cists and exhibited in showcases, for decades their empty orbits refused to return our gaze.  The pre-Hispanic Canarians lived on the islands for approximately two thousand years, though only five or six centuries, barely seventeen or twenty generations, separate them from us.  After the conquest the price of their diminished survival was to forget themselves, hide their footprints and lose their identity in the midst of a new European society.  They left behind a culture bereft of life, as if it had ceased to exist over five thousand years ago; stone, clay and wood, the hushed vestiges of their not so distant presence, and our ignorance.

But today science and the art of facial representation make it possible to bring back those faces, endowing these skulls with the muscles, tissue, skin and eyes they had lost.  That’s the purpose of this quest for ancestral faces, to return them from the mist and meet the Canarians of today, to put together the images of both, to let them talk to one another, about one another, the way the photographs of our grandparents talk, hanging on a wall or resting on a shelf.  Because an image is the most direct and moving way to bring their memory closer and to value their fragile heritage, to get to know them and feel them as our own, reinforcing our singular mixed-race identity and enabling us to recover, care for and convey their memory and legacy to future generations.

Revealing the faces of the earliest Canarians

Originally arriving in the Canary Islands to photograph the lives of cave dwellers, Francesca Phillips became intrigued by the mysteries surrounding their indigenous population and the connection between them and the people of today.  Conceived, produced and curated by Francesca, The Quest for Ancestral Faces (La búsqueda de caras ancestrales) is a multidisciplinary art and science research project, the objective of which is to provide a more complete picture of the heritage of the islands.  Including themes of migration, ancestry and culture, it explores identity, ‘canariedad’, in the current population in relation to their indigenous ancestors, reveals the faces of these earliest inhabitants, and opens the window on a rich history that is for the most part concealed by the familiar tourist industry.

Just over five hundred years ago the Castilians invaded and conquered a mysterious and isolated population lying between the three continents of Africa, Europe and America.  Pliny the Elder wrote about the Canary Islands in his encyclopaedia Naturalis Historia in AD 77-79, and throughout the centuries the archipelago has sustained continuous migratory waves.  Genetic analyses have now established that the original settlers were North African Berbers, Amazighs, and that their DNA remains in the contemporary Canarian population.  Francesca has made over fifty portraits of people from across the eight islands, along with video interviews and conversations between experts in the fields of genetics, archaeology and anthropology, and with a selection of the portrait sitters.

The islands’ Castilian conquerors in the 15th century left little information about the appearance of the ancient population, and until now they have remained an enigma.  Fifty-one of their faces are now finally revealed.  With the collaboration of Face Lab, based at Liverpool John Moores University in the UK, the contemporary portraits are juxtaposed with facial depictions from skulls dating from the 6th century.  This work has been done by Dr. María Castañeyra-Ruiz, a forensic anthropologist from Fuerteventura, and led by Face Lab’s director Professor Caroline Wilkinson, world renowned for her facial depictions of Rameses II, J. S. Bach and King Richard III amongst others.

The largest facial reconstruction project ever undertaken from a single archaeological population anywhere in the world.

Curated by Francesca, with co-curation by Prof Caroline Wilkinson of the ancient remains element, the exhibition of The Quest for Ancestral Faces had its inaugural presentation at El Museo Canario in Las Palmas, Gran Canaria from 14th December 2018 – 31st March 2019, within the framework of the II Congress of Museums of the Canary Islands and organized by the General Directorate of Cultural Heritage of the Government of the Canary Islands.  From 11th December 2021 to 11th December 2022 it is exhibited at El Museo Arqueológico de Fuerteventura.

Forty-nine of the skulls depicted are held in El Museo Canario, the remaining two in the Benahoarita Archaeological Museum of La Palma and the collection of the Cabildo of Lanzarote respectively.  Also presented is the animated 4D face of a male mummy from the museum’s collection and images of the average pre-Hispanic man, woman and child, produced by Face Lab. 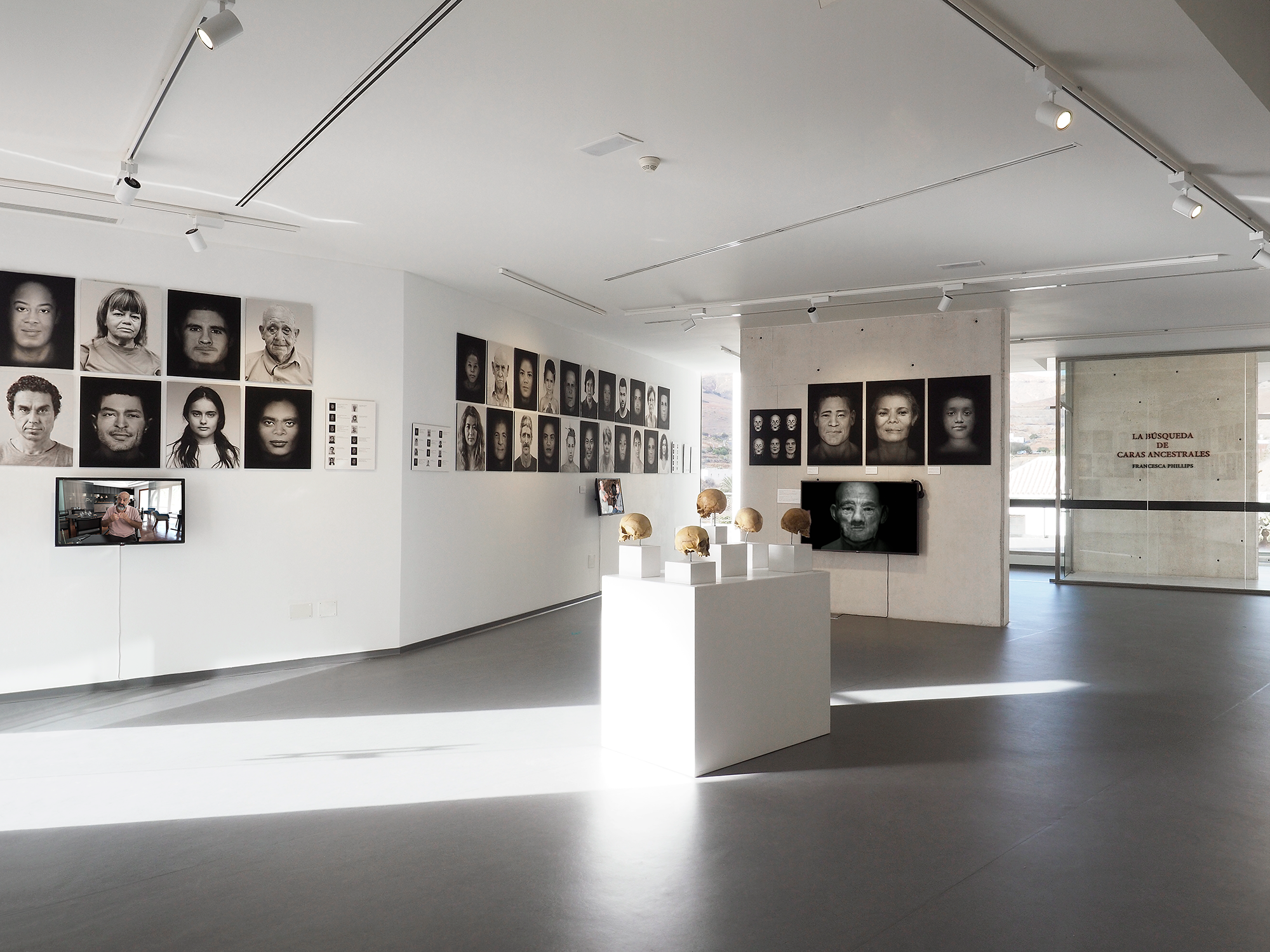 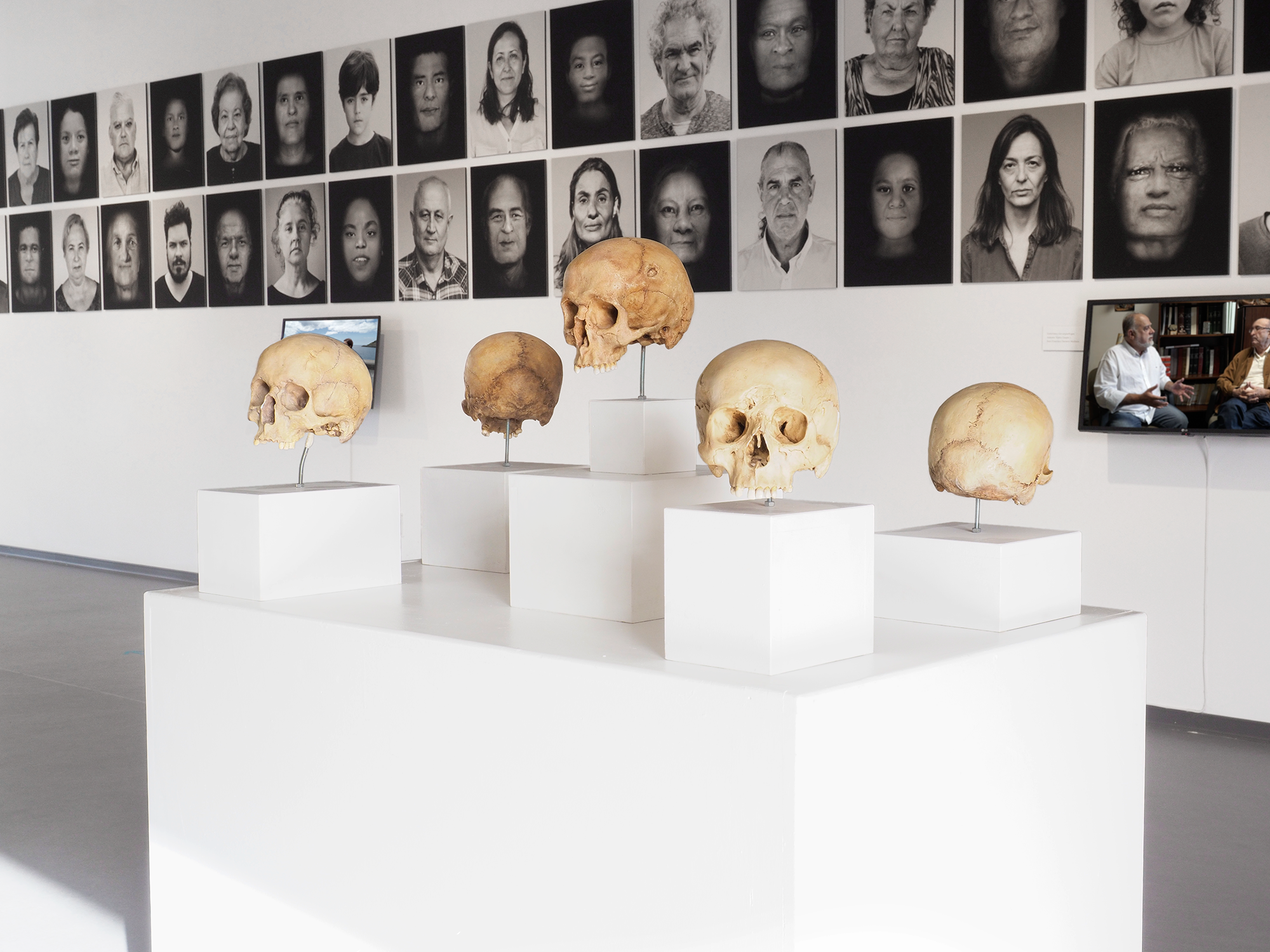 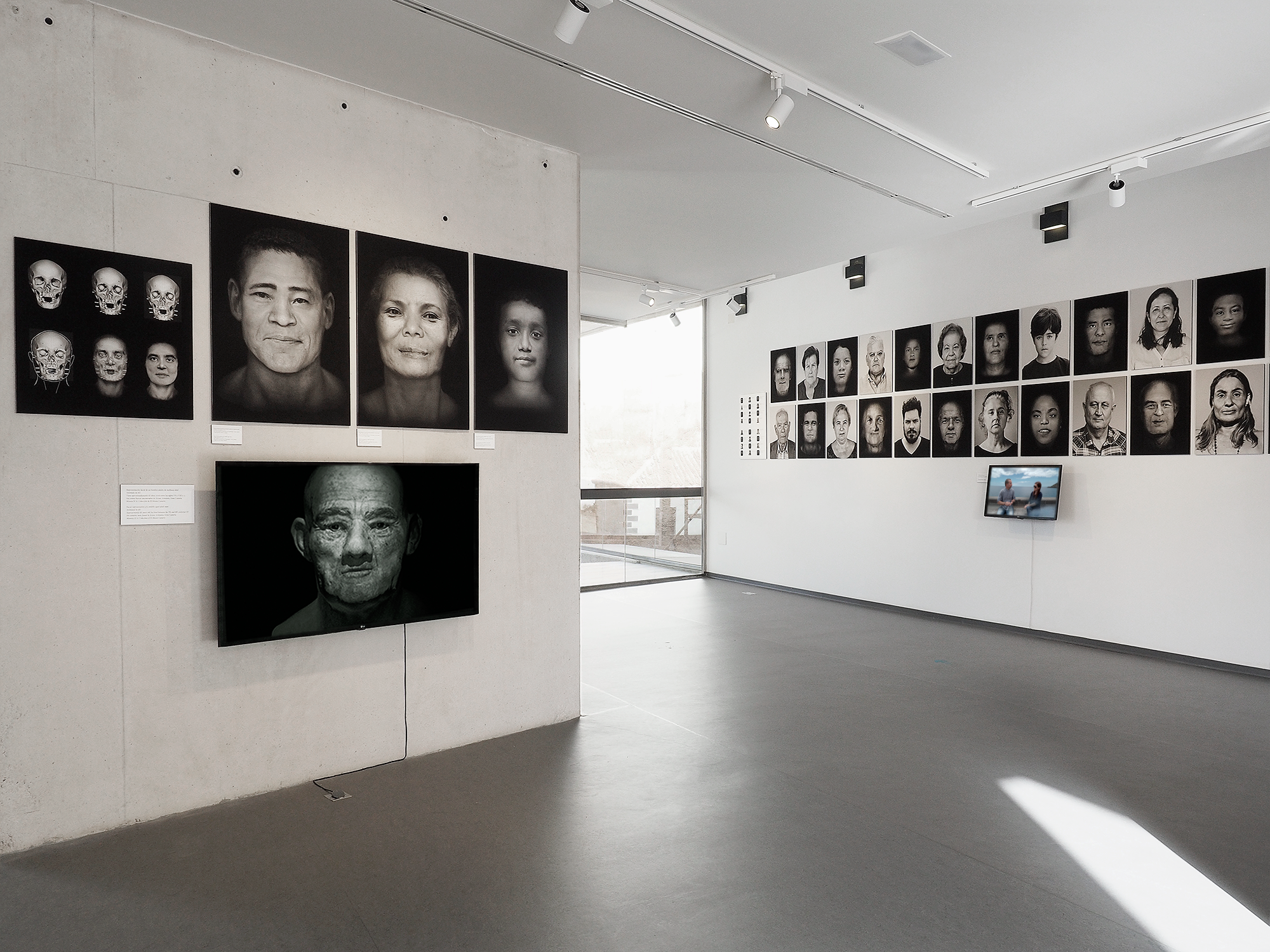 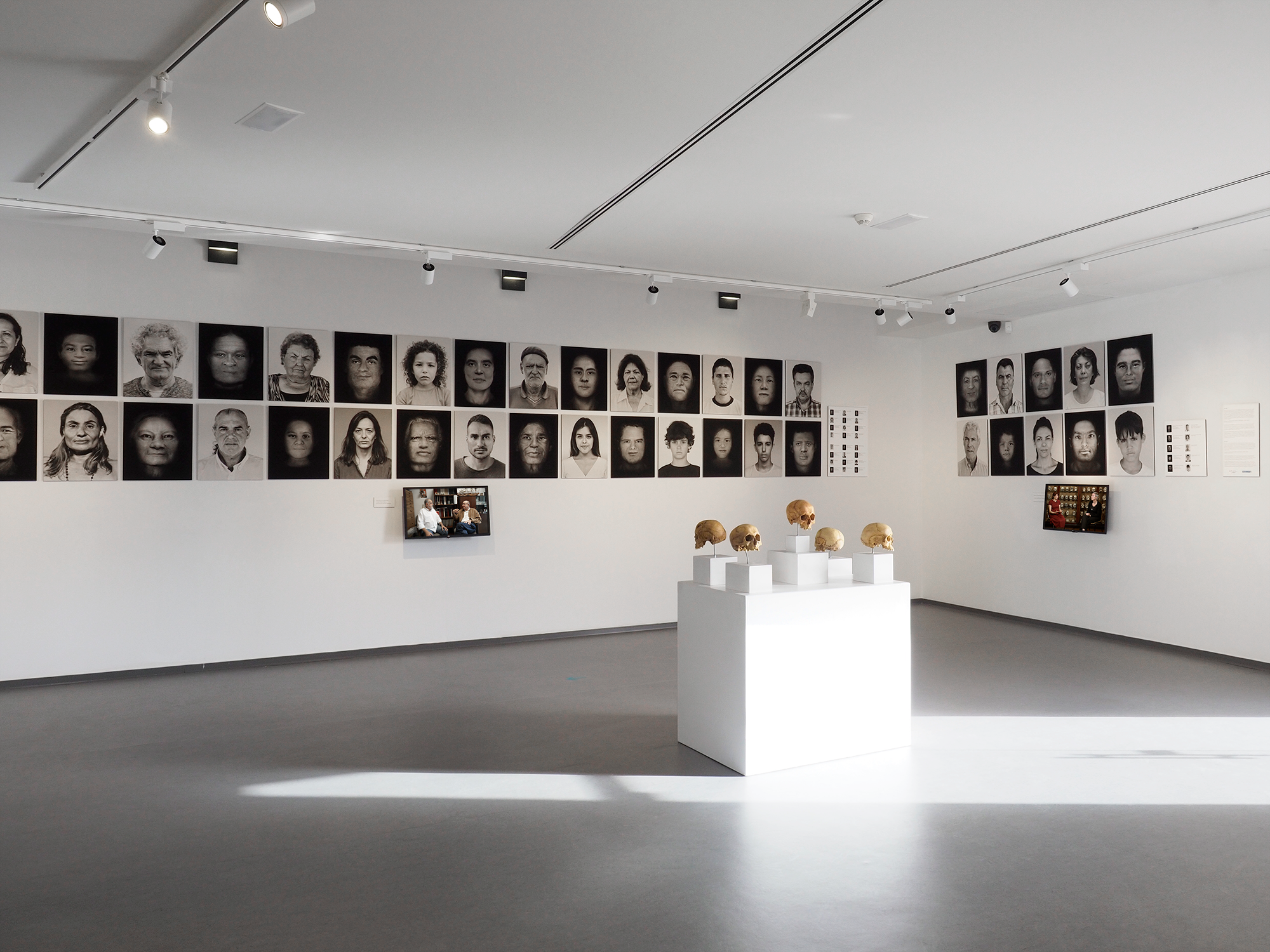 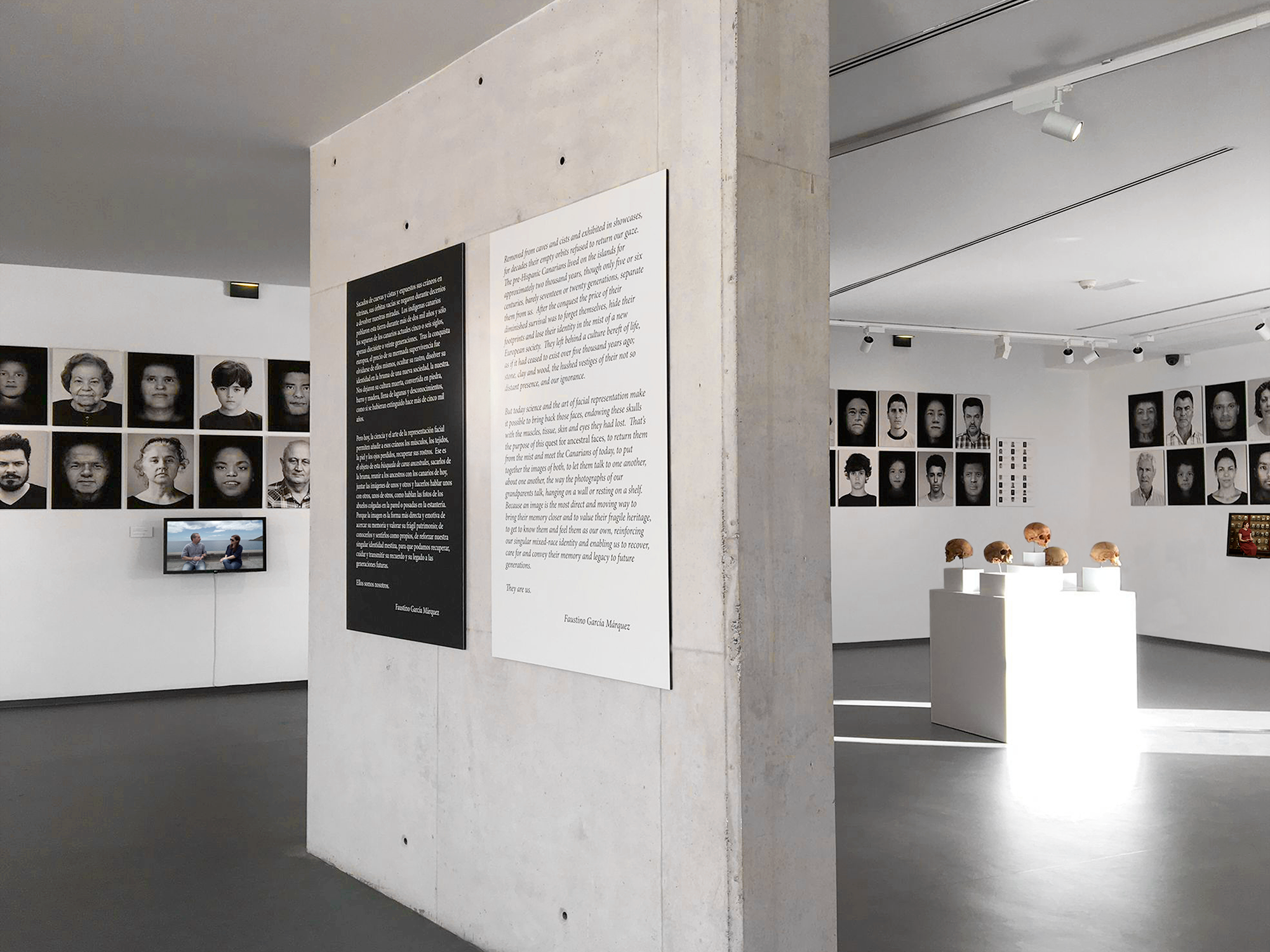 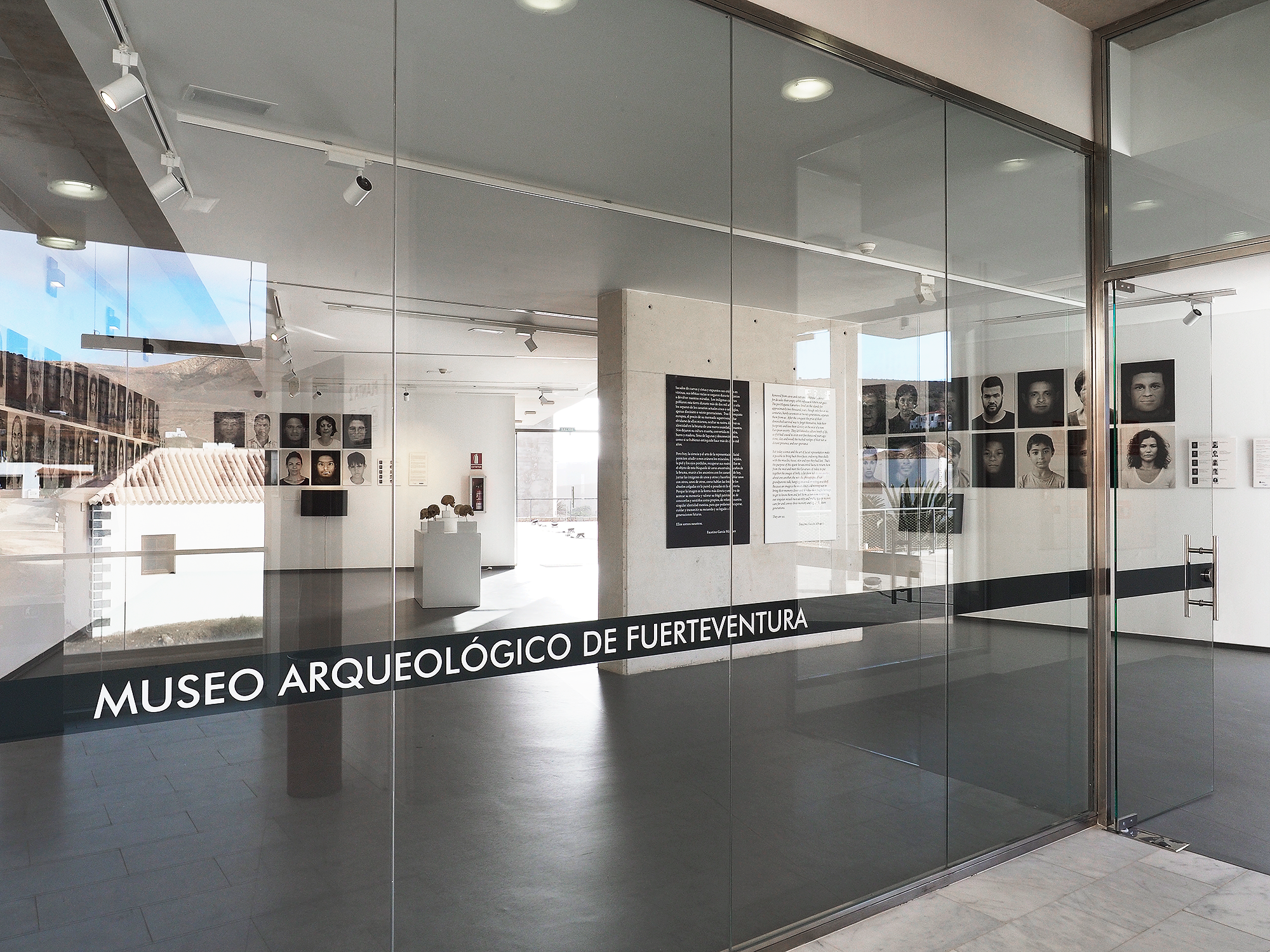 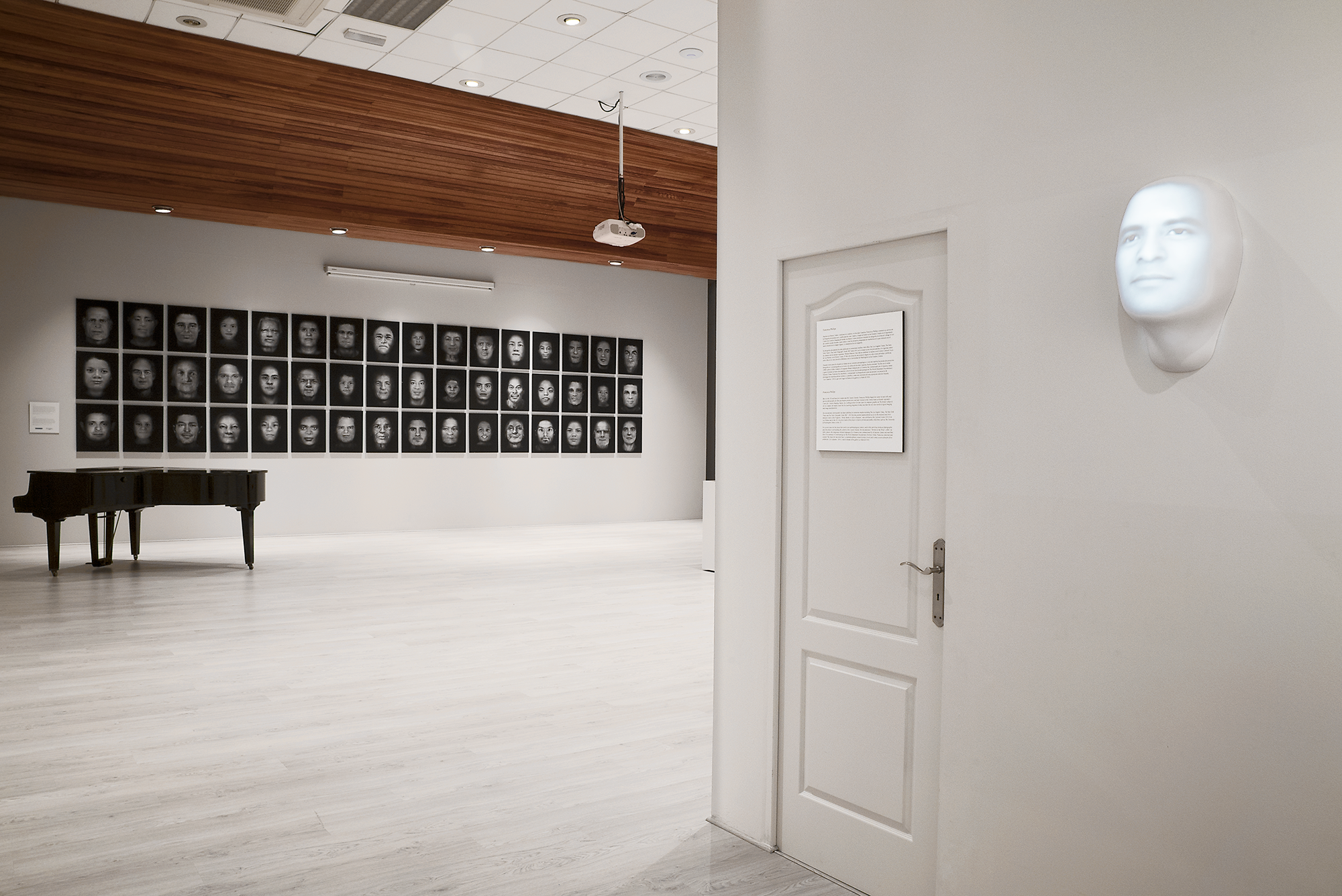 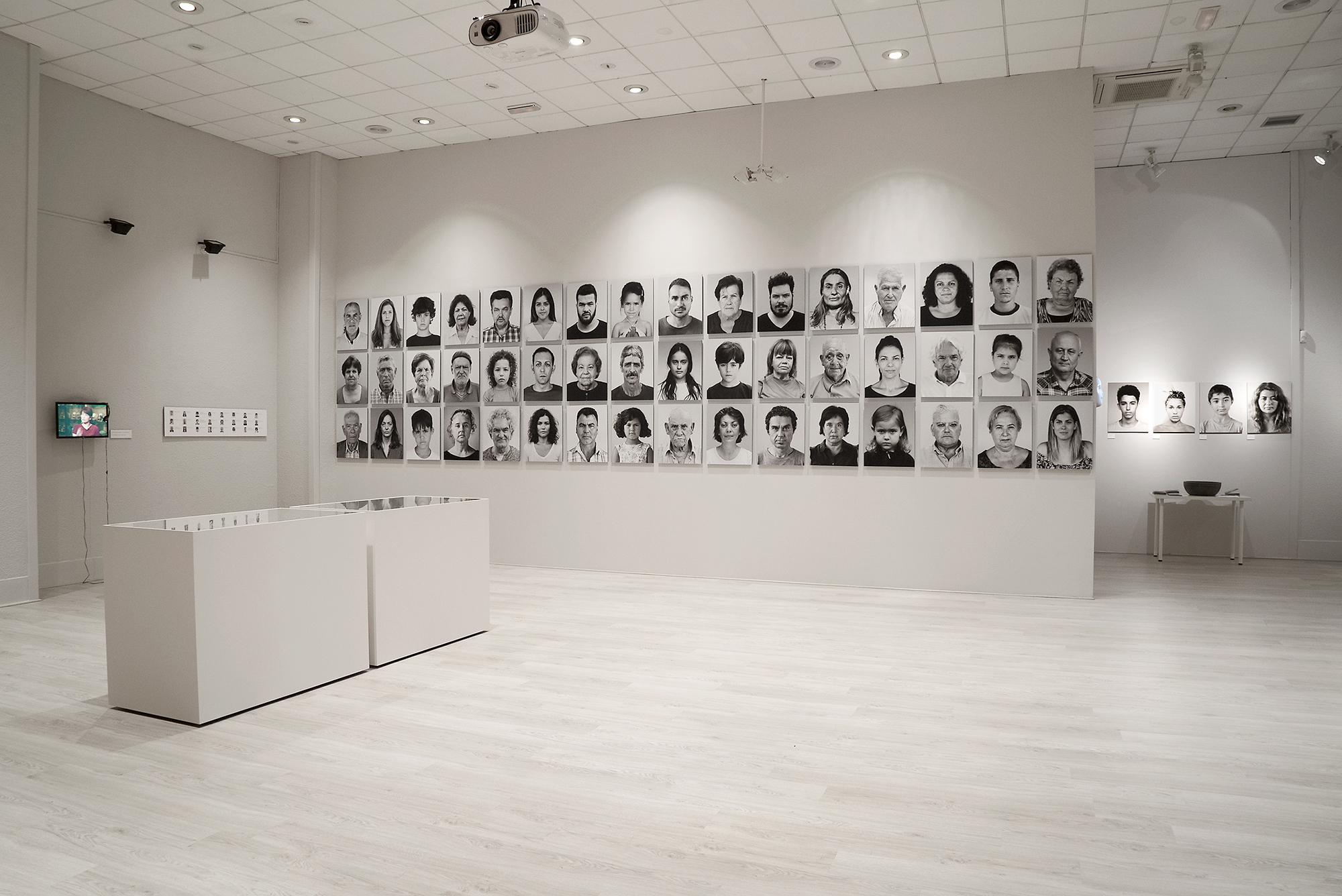 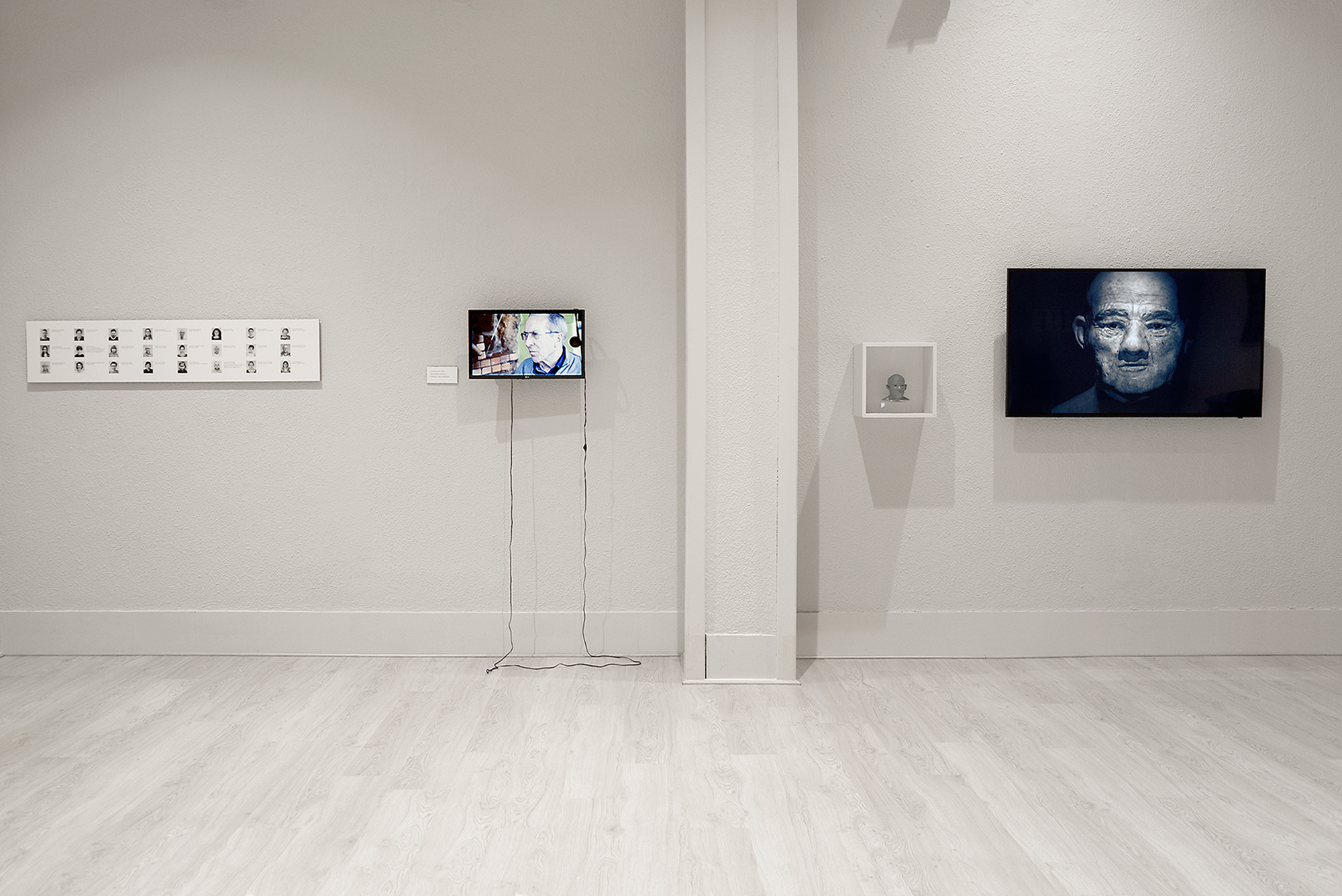 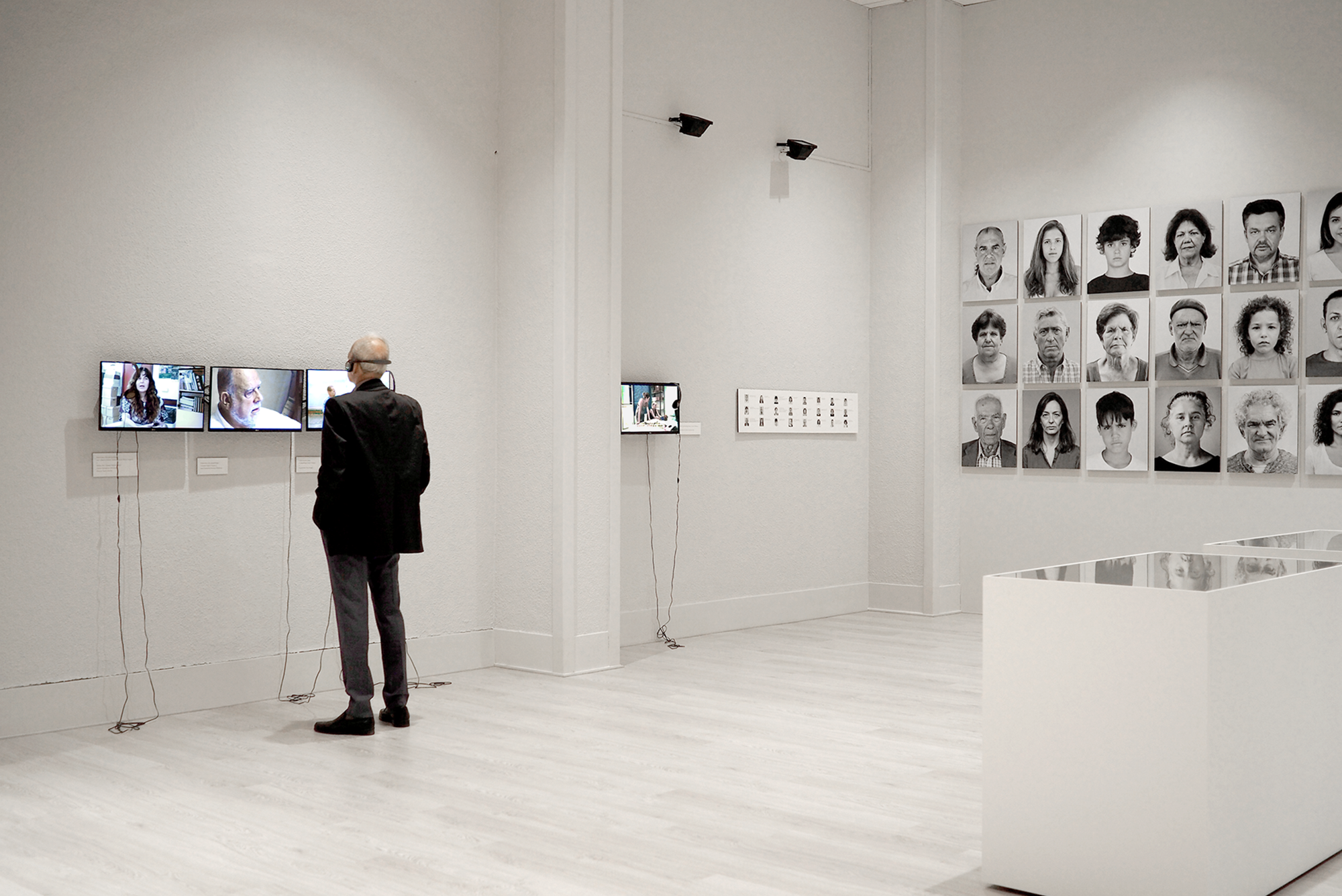 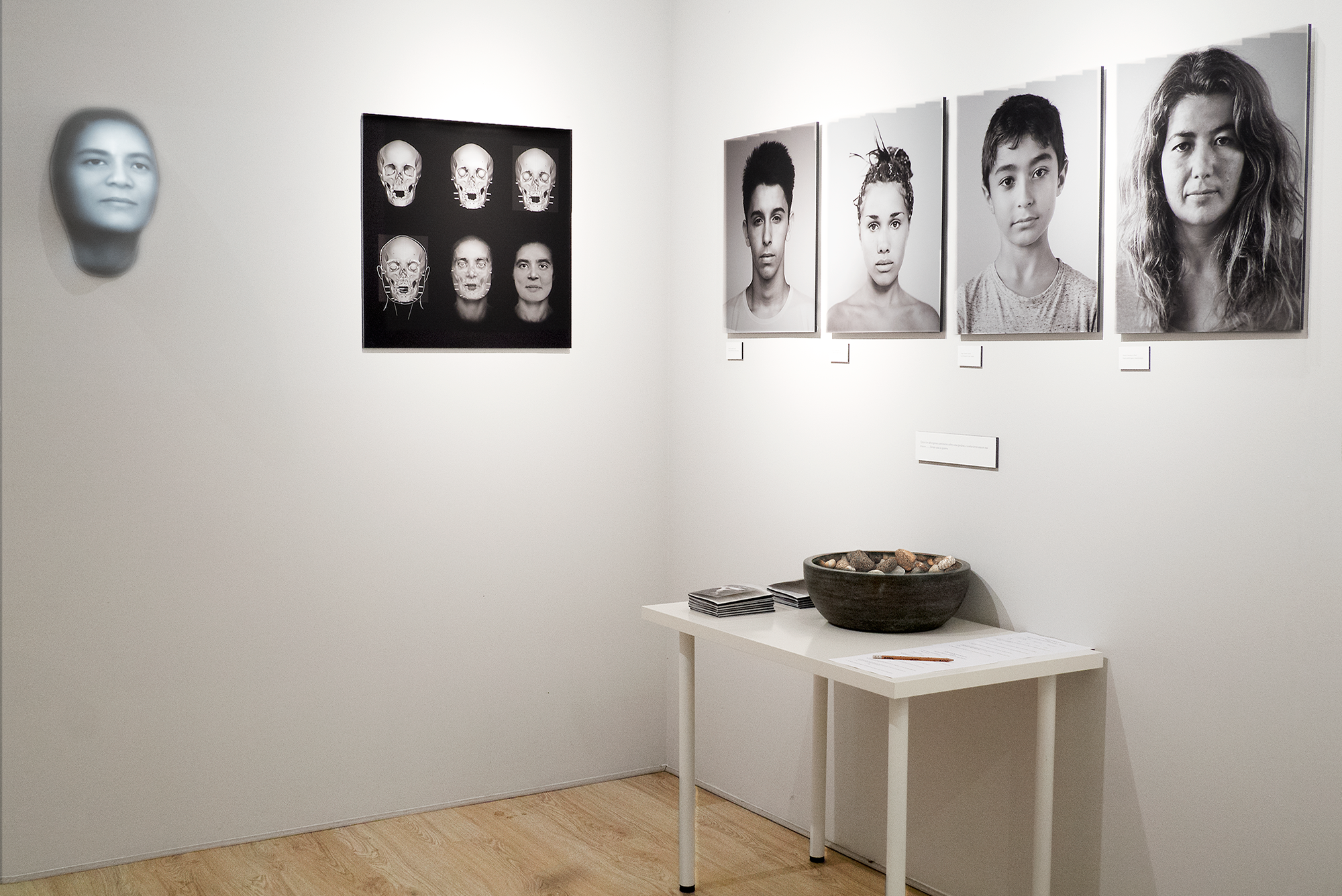