Remains of a Journey 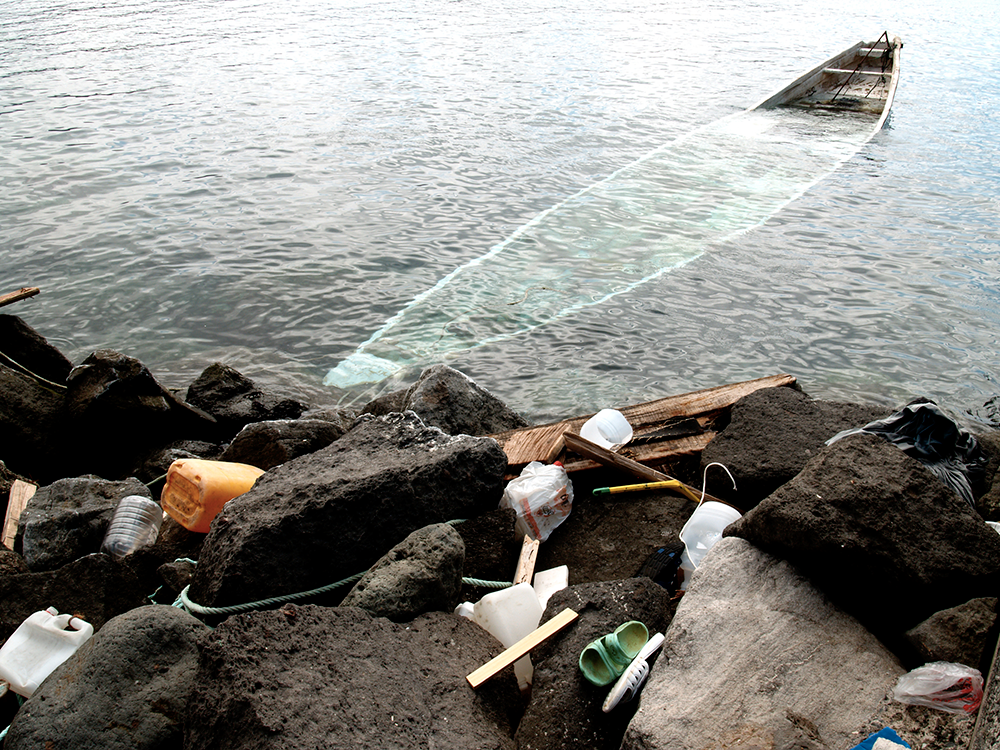 Left behind in the large cayucos or smaller pateras that brought them, the belongings of would be immigrants from the Western shores of Africa to the Canary Islands remain deserted and forgotten. For weeks at a time, while the local authorities decide how best to dispose of the boats, these possessions lie rotting, remnants of a bleak and harsh journey that for many results in death and a daily reminder of the once crucial part they played in the transition from one life to another. The paraphernalia seen here is not scattered by the strong winds of the ocean, but discarded and abandoned purposely, unwanted at the journeys end, to be replaced by western equivalents. Some are distinct, unmistakably belonging to a life they chose to leave behind. Others more familiar, physically or emotionally necessary.

But perhaps they raise questions too. Is anything to be read into the number 15 written on a piece of driftwood? Does it signify the number of people who have fallen overboard, weakened by harsh weather, or those who have been cast off already dead ? The jeans that hang on the side of the boat – have they been laid out simply to dry or were they rescued from the body of a now gone companion, to be used for added warmth by a new owner? The books so undeniably rejected, as if the courage provided by their contents was sufficient? As the boats sink to the seabed new stories begin for the lives of the people that left a grim journey behind.

In 2007, during the months of July and August, 27,000 migrants from North Africa arrived to Gran Canaria alone, the highest number to any of the seven Canary Islands. As of today, 2020, although the number of people making the journey has greatly reduced, Salvamento Marítimo, Spain’s coast guard, continues to rescue people from the waters around the islands. Those arriving without papers are repatriated on flights operated by Frontex, the European Union’s border security agency. Government figures show that recently there has been a surge in numbers again, raising concerns of a resumption of traffic on this same route of more than ten years ago.