The Flagellants of Northern Spain 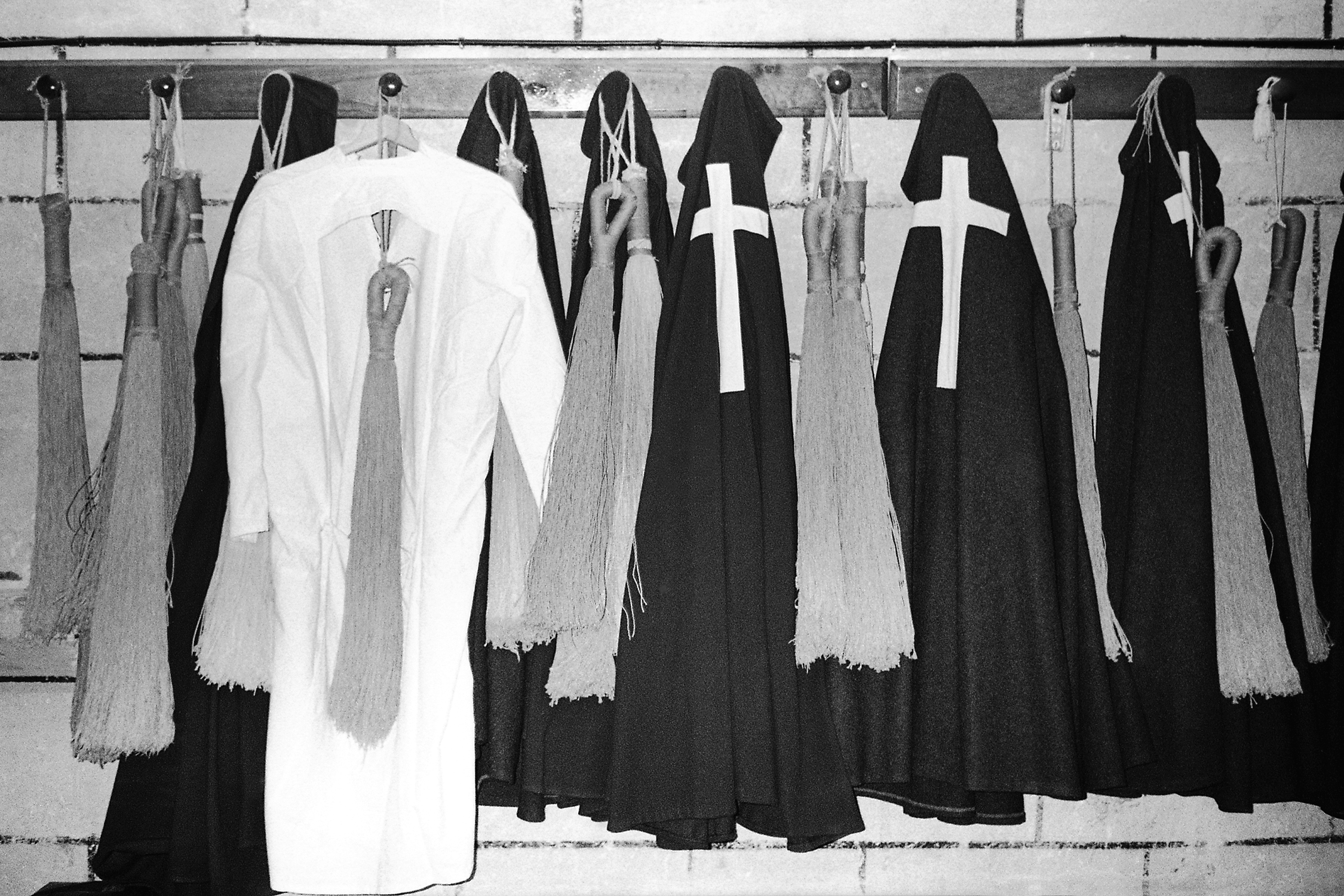 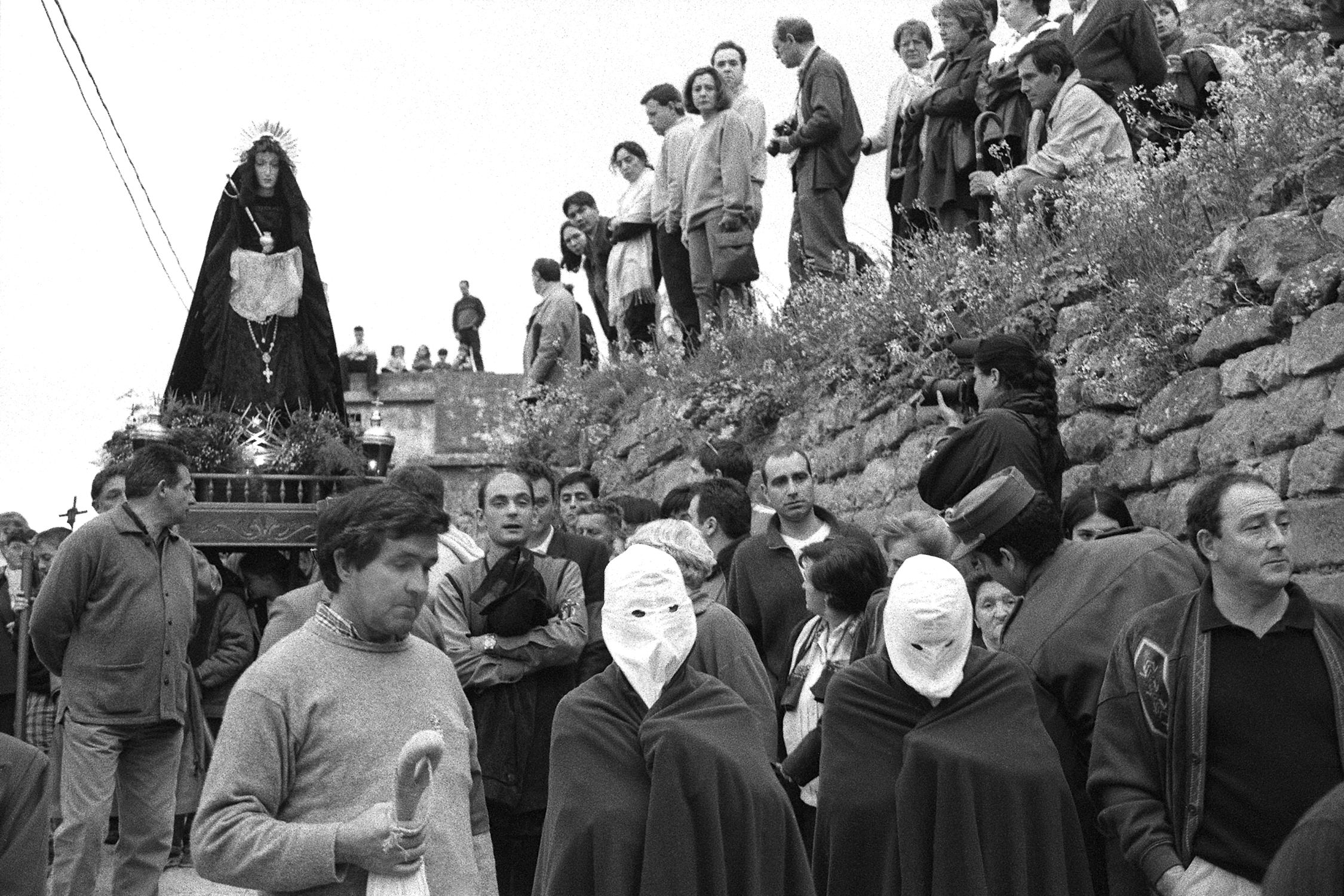 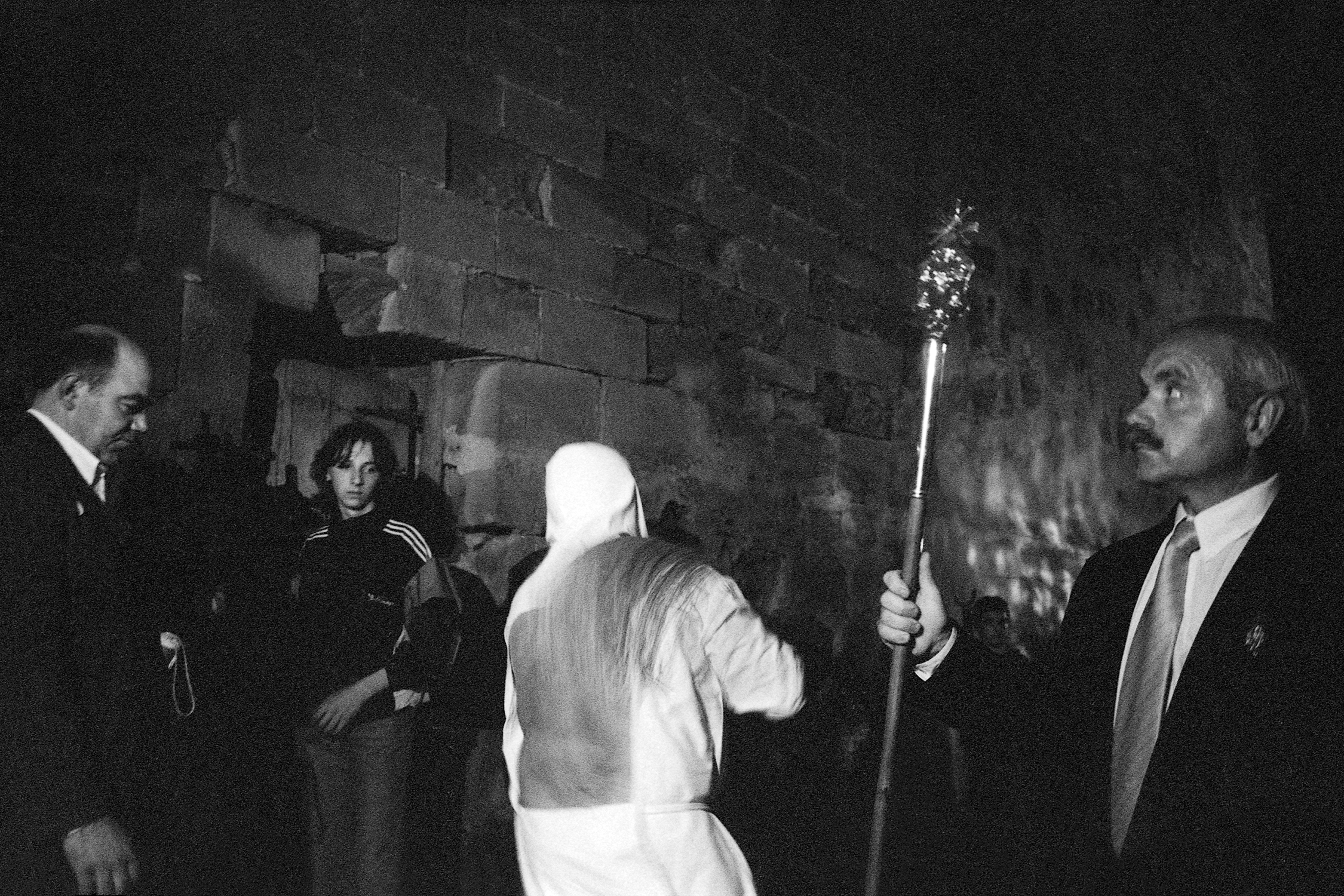 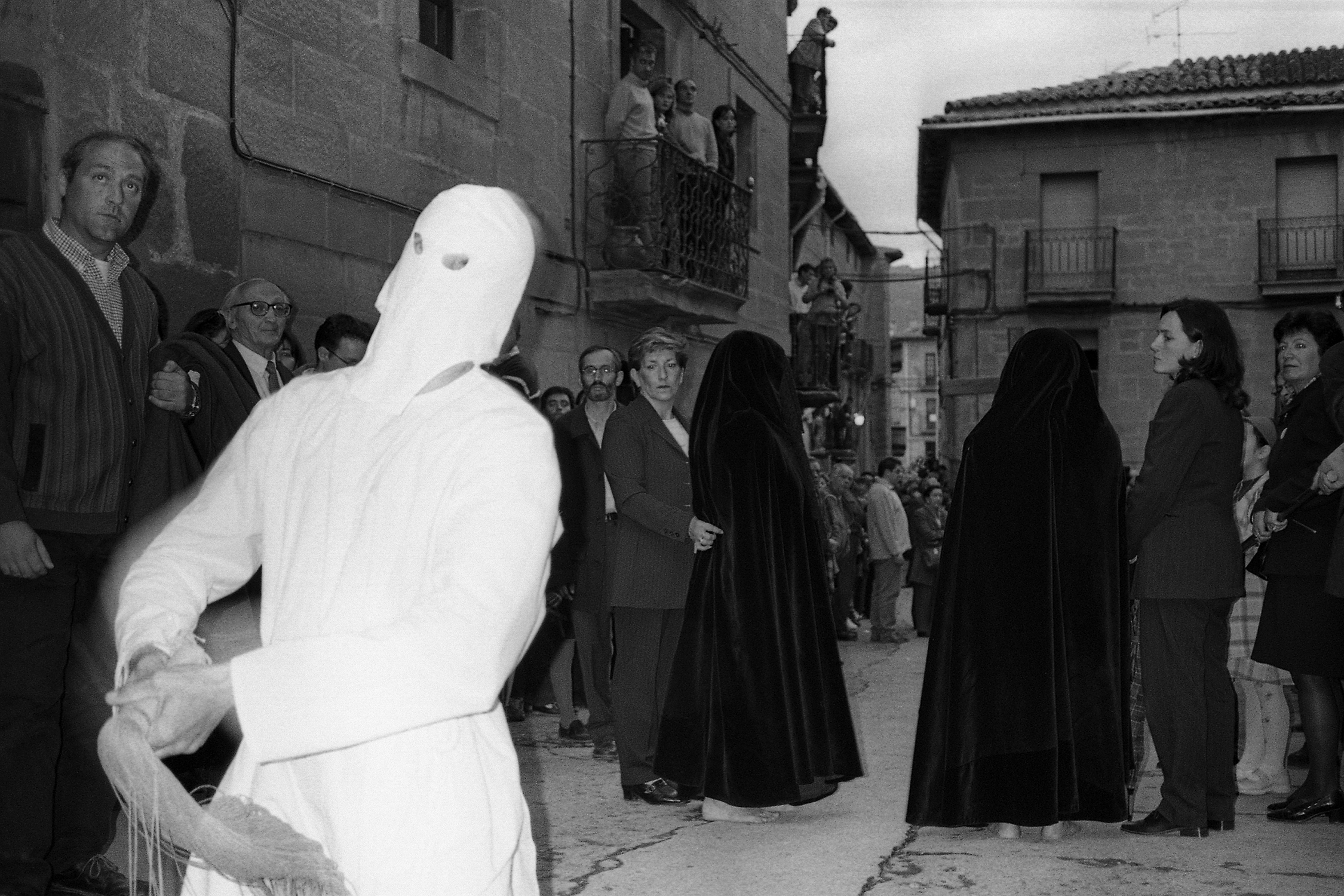 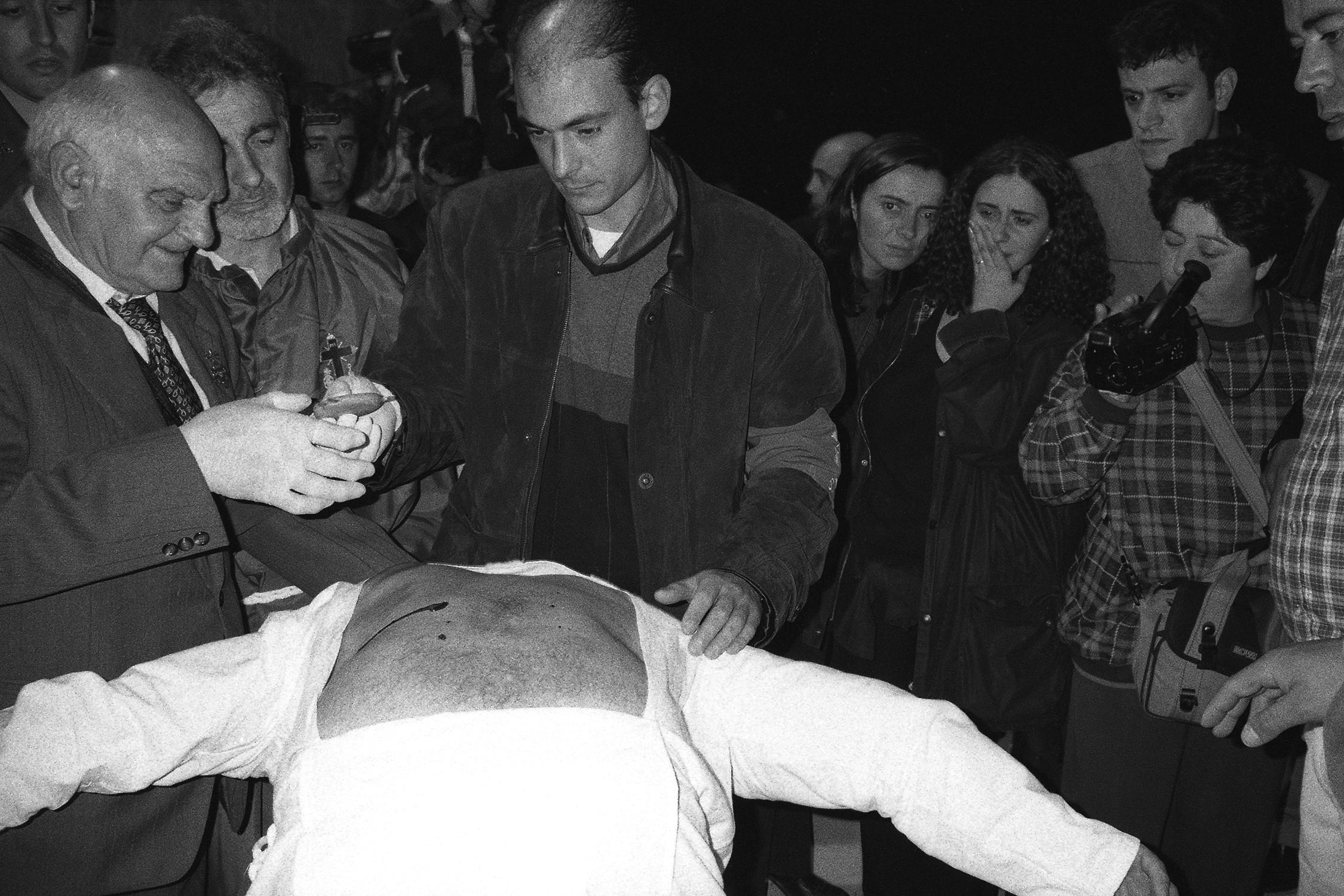 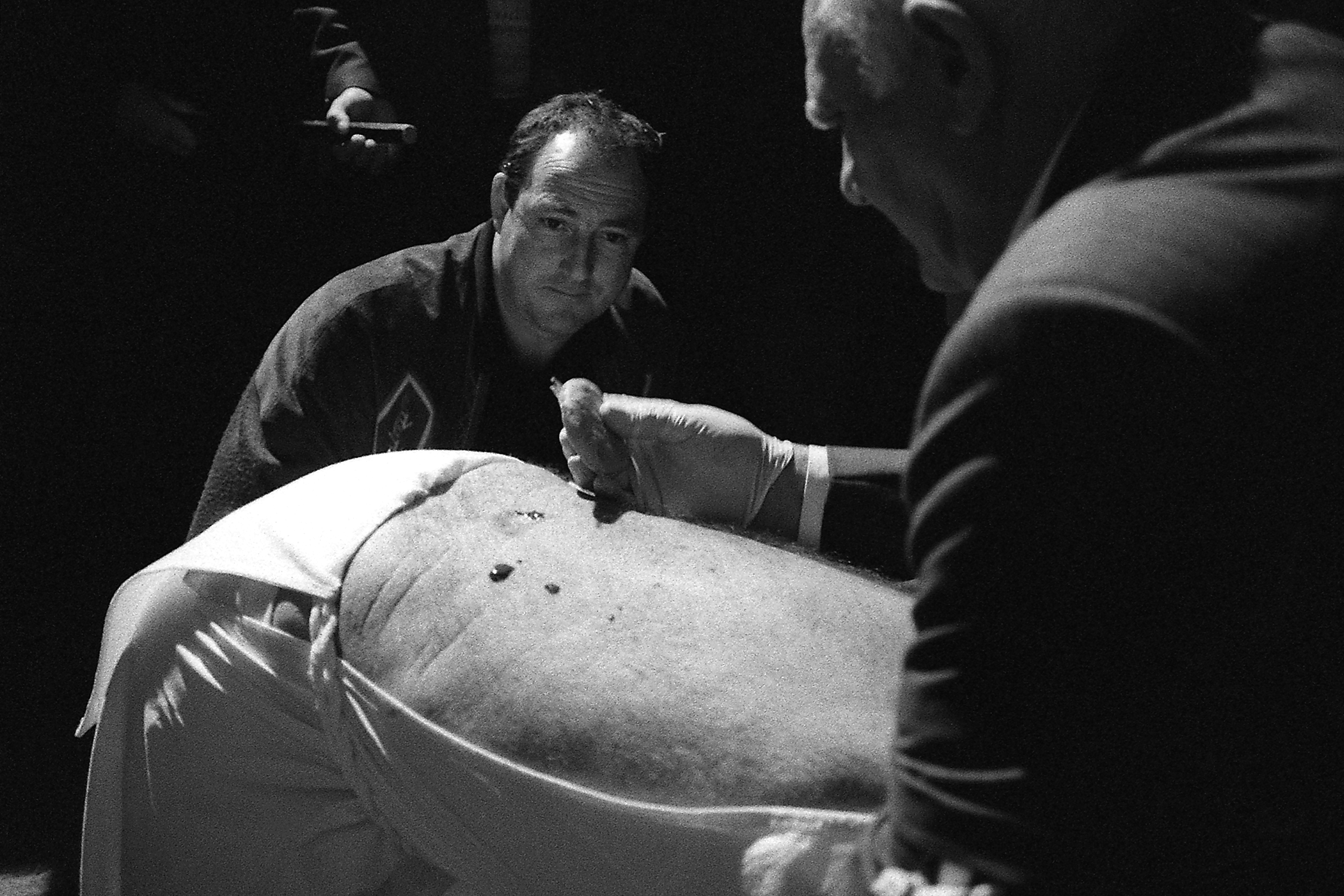 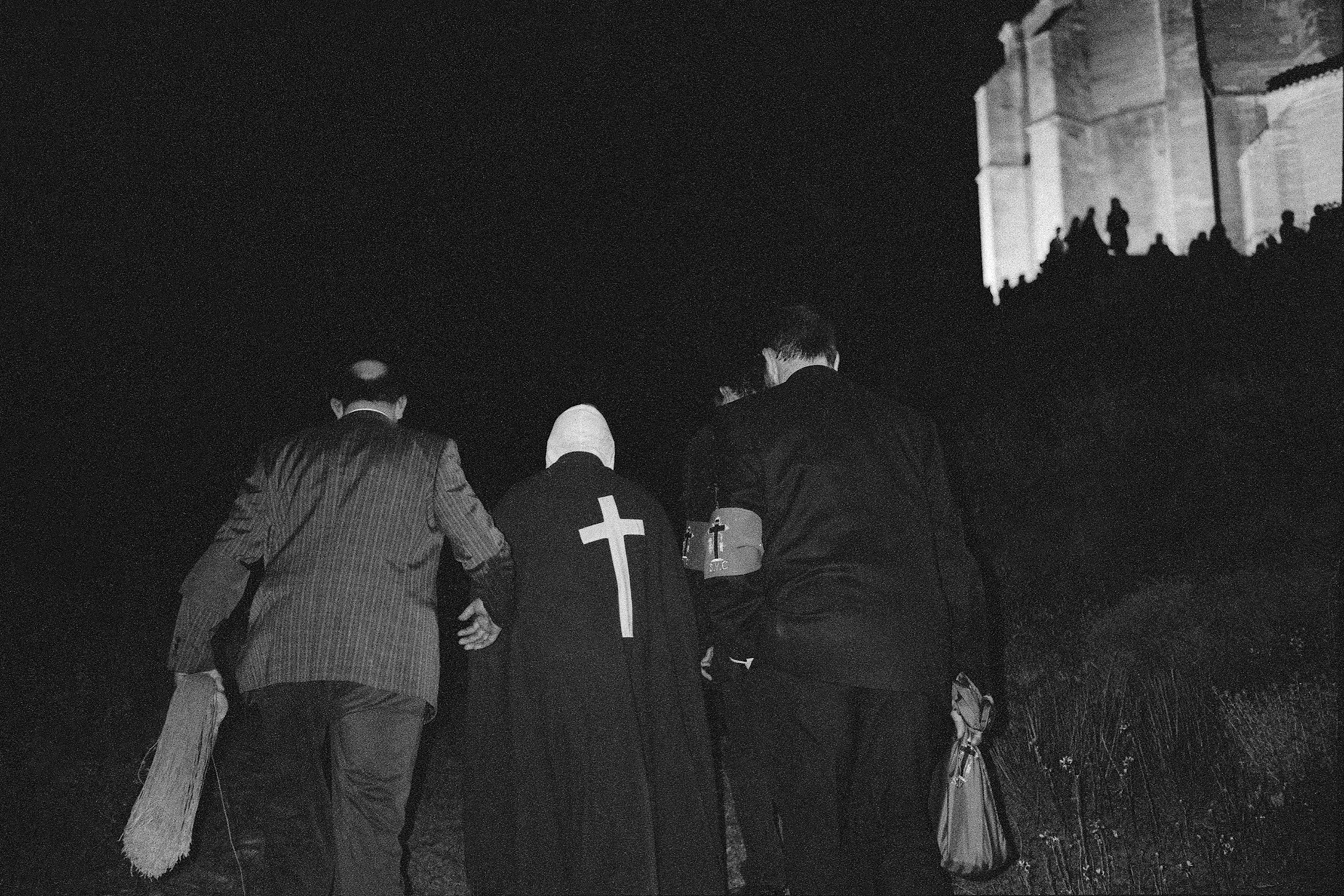 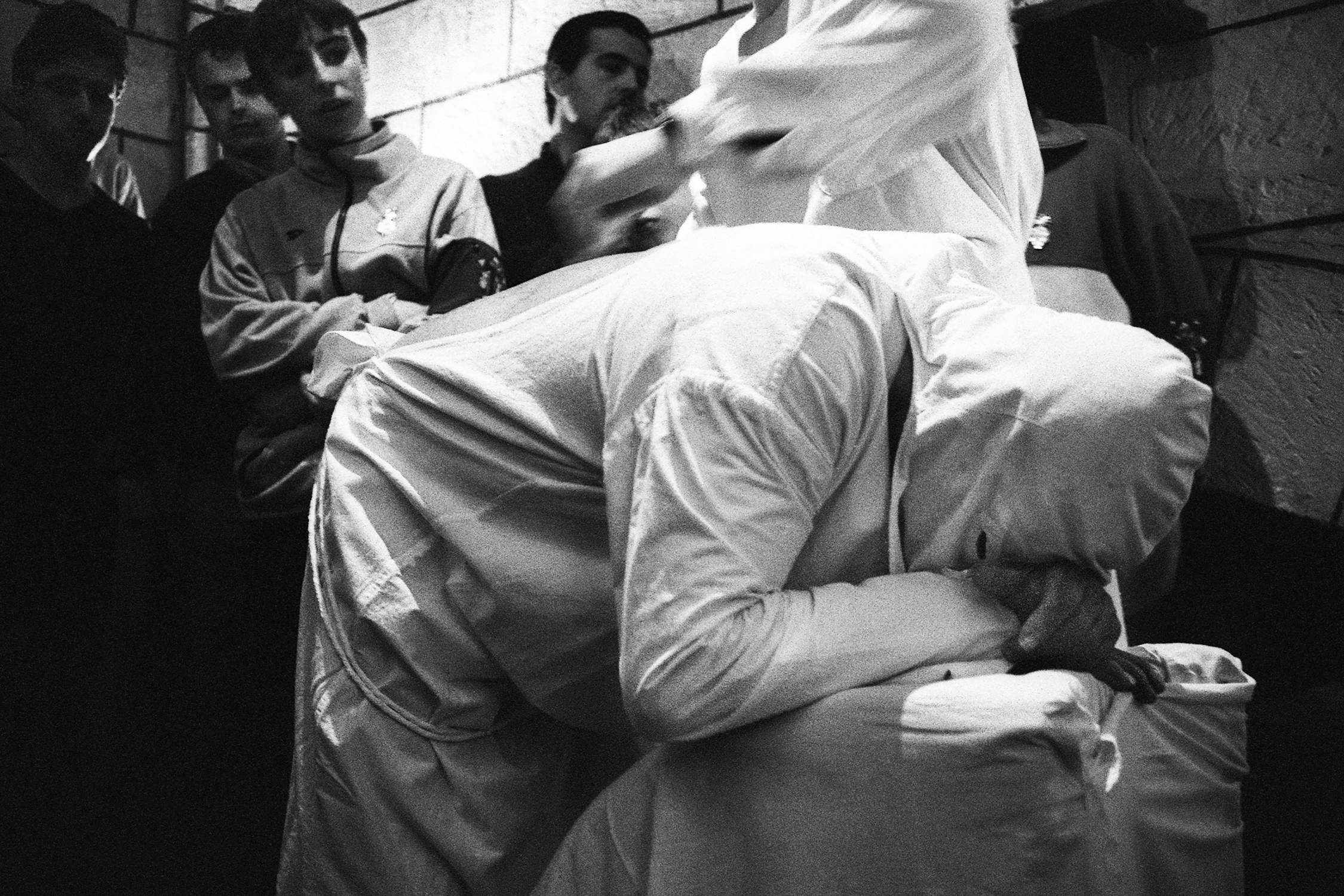 Once a year, during easter week in Northern Spain, penitents join a procession through the tiny village of San Vicente de la Sonsierra
and flagellate themselves. San Vicente is the only village left in Spain still practising this custom after Franco banned it, managing to
continue it even in his lifetime. Christ was whipped as he walked up the hill to his crucifixion and it is said that they appeal for
forgiveness by imitating his last moments.

Penitents apply to take part and must first consult a group, the Cofradía, who organise and strictly control the event. Over the course
of the three day procession a penitent can only take part once, on one day, and by ´law´ must protect his identity wearing a hood and
robes: not even their families are aware of who they are. Each one is accompanied by an assistant who will support him throughout
the procession, making sure his robe is open enough for the whip to reach his back and advising him when blisters have formed.
Women, although not permitted to flagellate, pay penance by having their feet chained and walking barefoot, also hidden from view
by dark veiling.

The whips are made of many thin strands of cotton. After approximately an hour the blisters are broken by the head of the Cofradía
using thin shards of glass inserted into a ball of wax, releasing blood, but also relieving his pain. The flagellant continues to whip himself
until the pain becomes unbearable. He then says a short prayer and is escorted by his assistant and the Cofradía back up the hill to the
church. In a small side room two men, acting as doctors, bathe and cleanse his back using rosemary water freshly prepared the night
before. This part of the event is strictly for men only and young boys are brought in to watch, their families keen to encourage them to
continue with the tradition when they grow up.